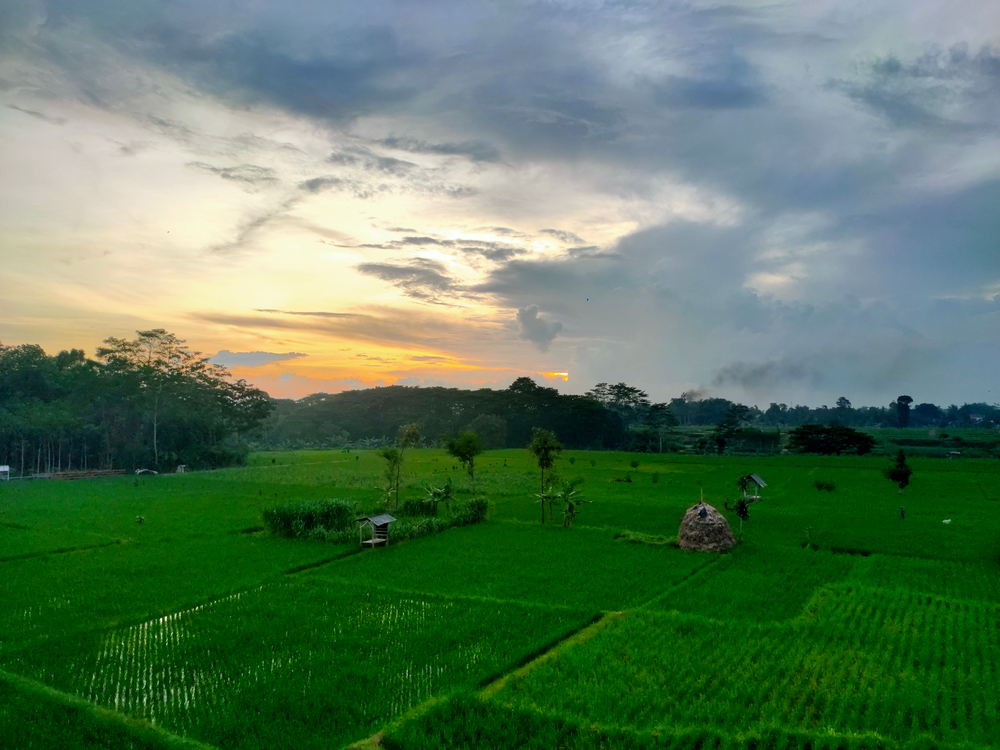 Chemical fertilizers had made their appearance at the beginning of the 20th century. It got very popular with the farmers and the chemicals were used notoriously to grow more food out of the soil.

But soon after, farmers began to notice that these nitrogen-based chemicals were taking a toll on the soil. With each harvest, the soil appeared to be barren.

Regenerative farmers Couldn’t take it anymore and felt the need to heal the soil for better results. Thus, biodynamic farming was introduced.

What is Biodynamic Farming?

Biodynamic farming is a holistic approach to farming. It induces spirituality in the process of growing food. Biodynamic farming focuses on naturally farming the soil because it is soil that is essential for the quality of the product and not the farming itself.

Biodynamic farming was first introduced by a renowned philosopher and scientist, Rudolf Steiner. The term was coined by him in 1924 and ever since then, it has evolved the way farming is done by regenerative farmers.

Biodynamic farming uses the forces of nature, and every element serves as a whole organism to grow food. Humans, birds, worms, and animals, all holistically serve the purpose of farming.

You are no longer at war with the twigs and bugs, on the contrary, together with these forces you get a chance to heal the land.

In this kind of farming, You leave the land better than before. The quality of soil improves with each subsequent year.

Demeter is taken from the name of a Greek goddess, responsible for the crops. It is a certificate of the highest predominant Biodynamic farming practices.

Biodynamic farming is a belief that natural forces are working in our favor. It brings in the metaphysical facet to the idea of farming and that, a farm is a self-sustaining entity within itself. It’s not just a piece of land to produce food.

The practices and principles of biodynamic farming are different from the conventional system as there is a more and strong dynamic mindset behind it. It may appear as if the regenerative farmers are employing magic by using the horns of the cow to produce a natural spray, consulting the stars, or using the ashes of the weeds to ward off future pests from the crops.

Several practices are part of any regenerative farmer routine in the realm of biodynamic farming.

Crop rotation, plant diversity, homeopathic approach, composting, animal life, and force of nature are the main principles of biodynamic farming. Each one of the forces is what makes biodynamic farming so magical and enlivening and different from organic farming.

Let’s take a look at each principle and why it is important:

Plant Diversity: different plants are planted together in uncultivated land to prepare it for farming. In conventional farming, the same crops are planted in the same land every year without realizing its effects on the land and the soil.

Whereas, in Biodynamic farming, plant Diversity is utilized generously to take care of the soil. If a particular plant affects the soil and depletes the soil of its nutrients then another crop is planted nearby which supplies the same nutrient back in the soil. So the plants work together to produce different food while helping the soil to recover from the toll of continuous farming.

Crop rotation: crop rotation is an important factor along with the assortment of animal life. As the varied rearing of the animals with the crop cover makes the soil healthy, encourages green manure, and reduces pests, weeds, and parasites growing in the crops.

Composting: According to Richard Thornton Smith, previous chair of Biodynamic Association Certification “The purpose of the compost preparations is to bring about a harmonious decomposition process,”. “Biodynamic preparations enable the composted matter to stabilize and fix the volatile nitrogen. Their effect is to hold the decomposition process in a disciplined way to prevent nitrogen loss. If a compost heap gets too hot, it loses ammonia, a nitrogenous substance. That’s like money dropping out of your back pocket.”

Compost is the King of Biodynamic farming. It encourages microbial growth, which is needed for the fertility of the land, and which a chemical fertilizer suppresses, which in turn murders the soil.

Homeopathic Approach: the crops are treated with homeopathic diluted sprays to prepare compost and save them from crop fungus. There are a total of eight kinds of homeopathic preparations used in the process. Each spray is diluted heavily and used sparingly just to dynamize the whole process.

Forces of Nature: Finally, the regenerative farmers believe that apart from the forces of the earth, such as physics, chemistry, and biology; there are Cosmological forces at work to produce the food and sets the process apart from all other systems. They strongly believe that the different moon phases, seasonal and celestial cycles affect the crops robustly.

Organic farming uses no chemicals, artificial growth, and hormone injections on the crops. Organic farming avidly avoids genetically grown foods or promoters. It aims to optimize the health of soil and crops while providing food in its more natural form to the consumer.

It aims to keep the balance between the ecological system of the earth along with producing optimum quality food. Organically produced meat, poultry, eggs are free from any antibiotics or artificial hormone accelerators. It consistently and actively believes in maintaining the appropriate land management and does not disturb the natural laws which help to grow food.

Biodynamic farming practices all of it and goes a step further by incorporating the Cosmological forces in the process of farming. It believes in a holistic approach and practices that the whole universe acts together, along with the moon phases and celestial cycles, to produce the food.

In Biodynamic farming, the soil is enlivened from within and without by applying different techniques such as crop rotation, composting, varying animal life, grazing, green manure.

Biodynamics heals the earth, believes in replenishing the soil, adds vitality to the livestock by using healthy principles of mindful farming. Whereas the conventional farming system just tempers the soil and ultimately its condition deteriorates and produces unhealthy products.

The homeopathic preparations employed in Biodynamic farming are famous techniques to enhance the quality of compost by creating humus which is vital for healthy produce and aids the sunlight to deeply permeate into plants for better results.

We all want to grow food in our front/backyard, patios, galleries and want to have a healthy lifestyle

Biodynamic gardening is one of the oldest ideas of homegrown food. It is a metaphysical approach towards gardening by taking into account the effects of the moon and stars on the growth of produce and soil. Because healthy soil is elemental in biodynamic agriculture.

Primarily, it includes replenishing the soil by using compost. It nourishes the soil from within. Biodynamic gardening involves working with the specific calendar, Stella Natura. The calendar helps you to plan your cultivating, planting, and harvesting by keeping in account the forces of the universe.

The conventional agriculture system has ruined the land and the soil which in turn has reduced the quality of food. The food today has lost its mineral and vitamin character due to the use of excessive pesticides, chemical fertilizers, artificial growth practices, hormone injections, and whatnot.

It is important to take stock of the situation and use the natural laws in our favor. The biodynamic agricultural adjustment would help us to retain the quality of soil because it is the determining factor. Instead of using chemicals, we can use homeopathic preparations encouraged in Biodynamic farming to revitalize the soil. Varying grazing, crop rotation, compost will add to the life and abundance of the produce.

The UK certification of Biodynamic agriculture requires you to take three years to replenish the cultivating land by spraying the soil with specialized homeopathic preparations sparingly. It is a unique concoction of minerals, plants, bugs, and dung to help the soil heal while also producing a quality crop.

Biodynamic agriculture uses agriculture ERP software and requires you to completely give up using chemicals and fertilizer for the growth of the crops. Instead, it encourages you to take up the practice of using animals and bugs to replenish the condition of the soil, crop rotation so that the soil has time to heal, green manure, and varying animal grazing to enhance the quality of the soil.

Farm ERP software helps you to consider crop covers and living organisms as a vital part of crop production is one of the main principles of Biodynamic agriculture. There are also some other perennial practices involved.

Such as setting aside a part of the land for the preparations and keeping the equilibrium of the ecological system.

You can keep track of all the factors by employing artificial intelligence in agriculture.

What is the importance of biodynamic farming?

In today’s world where the amount of barren land has increased due to inhuman practices of agriculture and farming and has not only reduced the quantity of produce but also has disturbed the ecological system which is required for the survival of human life on the planet.

Biodynamic farming and food agriculture help us to keep the equilibrium of the ecological system on our planet by taking into account all the forces that are in work to produce healthy food, from the soil, minuscule microbial life to the grazing of animals and manure, and Cosmological powers, everything is working together.

Without understanding the vitality of the health of soil we cannot move on with our food production system. The importance of biodynamic farming practices can only be felt and cannot be explained because it is an unseen yet very much alive process that is continuously in motion and taking life forward. Farm accounting software helps you to keep track of all the vitals in a system.

What are the benefits of biodynamic farming?

The benefits of Biodynamic farming are as follows:

How do I start a biodynamic farm?

The Folio3 free farm management software helps you to start your biodynamic farming.

What is a biodynamic diet?

Ans- it refers to a specifically grown crop under the Biodynamic farming principles. The food is grown by replenishing the soil, using microbial life, homeopathic preparations, compost, Cosmological forces, and animal life.

Ans- Biodynamic and organic farming are similar but Biodynamic farming goes one step ahead by giving the whole process a metaphysical character by incorporating the powers of celestial and seasonal cycles and moon phasing into it.

You can learn more about industrialized agriculture in the link. 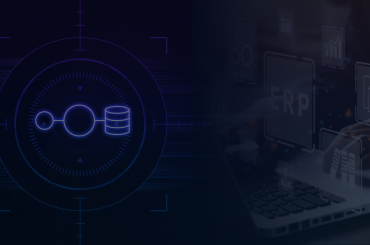 What distinguishes systems for ERP from those for SCM? 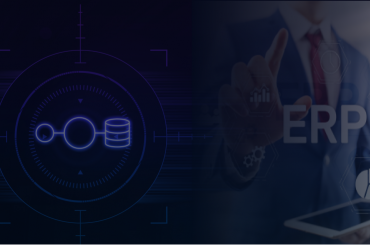 What Are the Key Distinctions Between HCM and ERP? 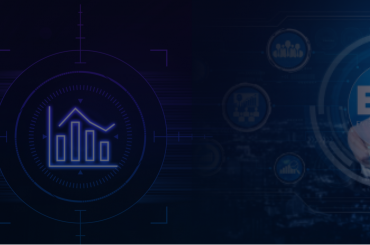