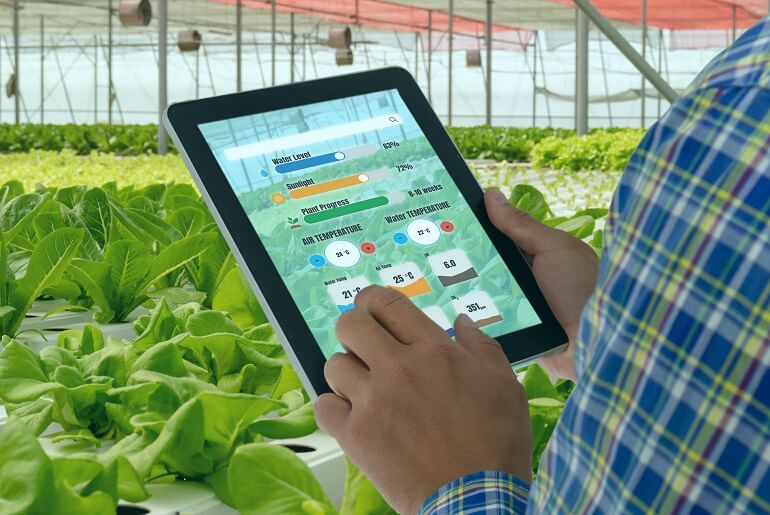 What is Industrialized Agriculture – Advantages and Benefits Explained

Folio3 is one of the premium companies offering dedicated and smart agriculture tech solutions to farmers. Folio3 Enterprise Resource Planning (ERP) software for agriculture is one of the best in the class business solution for farmers that enable them to automate various aspects of farm management and save time and resources.

The Folio3 agriculture ERP comes with all essential features and functionalities required to optimize the management of farms and related agribusiness. To ensure clients’ satisfaction, the team at Folio3 works in close collaboration with Farmers to come up with the best ERP solution in line with the needs and requirements of the agribusiness.

Some of the valuable features of Folio3 Agriculture Microsoft ERP software includes:

How Was Agriculture Industrialized?

The United States has always been the quickest to adapt to the technology and industrialization trend. After the end of World War II, there was an excess of wartime technology that was transformed to be used for civilian purposes. At that point in time, it was believed that scientific engineering and laboratory processing actually gives off better, healthier and safer products compared to natural products. And when the industrialization of the agriculture was able to guarantee the food security for the Americans who have been through devastating food shortages and just passed through the Great Depression, it was only natural for the administration and policymakers to nod positively for the industrialization of the agriculture to ensure food safety of a growing population.

Starting from the mid-1950s, businesses in the USA started to collaborate for research and development of modern means to industrialize agriculture. They also suggested modernization policies for farming practices to the administration, as a means to make them more efficient from investors’ point of view. The biggest problem realized by the businesses was the large unnecessary number of farmers who were working the land, whereas, there was a shortage of workers that were required in industrial units. Also, till that point in time, there was a large and diversified crop being produced by farmers, instead of a few specialized ones. The ultimate objective of the businesses was to remove at least one-third of the farmers from working on the lands and convert millions of sustainable small and medium-size farms into few mega-farms, which would be able to mass-produce few crops efficiently, whereas, the displaced farmers were planned to be used as workforce for factories.

Since then, the agriculture policy in the USA has been working on these policies, slowly but consistently reducing the much-needed support programs for small and medium-sized farmers, in order to encourage mega-farms more suitable for industrialized agriculture. And while there have been various negative implications of industrialized agriculture, on the positive side the practice has enabled to increase the crop yield many folds to address the massively growing population of the world. Also, mechanization of the farms has made traditional agriculture practice much easier to manage for farmers.

What Are the Benefits of Industrialized Agriculture?

Large industrial farms are better suited than traditional small to medium farms for mechanized agriculture practices, which directly results in higher yields of crops, which has been the basic driving purpose of the industrialization efforts since the 1950s, to ensure food security of a rapidly growing global population.

Apart from increasing the crop yield, large industrialized farms are also better suited to lower the cost of production, making food more accessible for the masses even at the lower income levels. The use of modern machinery and technology for various agriculture processes makes industrial farming more cost-effective for farmers, which in turn lowers the overall cost of the produce for the end consumers.

Modern agricultural farms are heavily dependent on the latest tools and technology for their sustainability. This means that there is always a need for better and more efficient technology in these farms, which in turn creates higher demand from scientists and engineers to innovate, thus keeping the benchmark of development and innovation high at all times.

The industrialization of agriculture hasn’t just ensured food security in the developed nations, rather it has also contributed greatly to develop better transportation, processing, and storing methods to enable longer shelf life of the produce and assure delivery of the food produce to every corner of the world. This has also greatly reduced food waste.

What is the Difference Between Industrialized and Subsistence Agriculture?

As discussed above, industrialized agriculture refers to the use of mechanical tools and advanced technology for maximizing the crop yield. In this type of agriculture, the focus is mainly on maximizing the yield of fewer types of crops for more sales and greater profits, instead of diversification of the crops. The crops grown using industrial agriculture is meant to feed the masses and ensure food security across the world.

The use of chemicals, mechanized tools, and other advanced technology are some of the reasons why industrial agriculture is able to produce massive quantities of food from farms. Instead of relying on manual labor or animals to work the fields, such farms automate the entire process of harvesting and cultivation by using large modern machinery, which is much faster and efficient than traditional methods. However, the use of machinery has also increased the use of fossil fuel in the agriculture sector, which has resulted in fluctuating prices of the harvest depending upon the oil prices globally. Also, large agriculture farms have invested massively in the development of complex and efficient irrigation systems to meet the water requirements of the crops.

However, on the downside of it, the industrialization of agriculture has wreaked havoc on sustainable agriculture practices. The whole concept of industrial agriculture is recognized as unsustainable and has contributed greatly towards the infertility of soil, as well as, polluting the water reservoirs around the farms. The excessive use of pesticides also harms the quality of the crops. Another major drawback of industrialized farming is the loss of crop diversity. The concept of industrial agriculture is for the efficient production of one type of crop, which has resulted in growing monocultures and a great loss of crop diversity. It is estimated that industrial agriculture has resulted in the extinction of over 70% of diversity in crops. The monoculture crop is also more vulnerable to diseases which may add to the risk of food shortages for farmers who aren’t prepared.

The practices of subsistence farming vary greatly as compared to industrialized farming in terms of the end goals, as well as, the overall method of farming. Subsistence agriculture is heavily dependent on manual labor with all the harvesting and cultivation activities being done by humans or animals using simple hand tools to work the lands. This type of agriculture also doesn’t use chemical fertilizers or pesticides, rather age-old proven natural techniques are used to deal with the fertility of infestation problems. Most of the farmers practicing subsistence agriculture also have poultry, and livestock, manure from which is used as natural fertilizers for the crops. The crop yield is primarily used to meet the family food requirement, as well as, to feed the livestock. Any surplus food is then supplied to local families or in the local market.

Another major difference between subsistence farming and industrialized agriculture is the crops grown in the fields. Unlike the industrial farming, subsistence farms don’t grow monocultures, rather rely on polycultures, which is an efficient method to resist crop diseases, as well as, to generate a maximum yield from a small area of land.

What is Environmental Harm by Industrialized Agriculture?

Industrialized agriculture is recognized as highly unsustainable and dangerous for the environment. Industrial farming requires large natural resources including; land, water, and energy to cultivate crops and raise animals for food purposes, which significantly contribute towards the degradation of land and other natural resources. The excessive use of mechanical tools in agriculture farming also releases large amounts of greenhouse gases in the atmosphere.

Moreover, the liberal use of pesticide, insecticide, and other chemicals during cultivation not just make crop unsuitable for human consumption, but also poison the environment including land and water reservoirs with toxic elements. Also, repeated cultivation of similar crops greatly reduces the fertility of the soil, which is then compensated by using synthetic fertilizers, which again contribute towards the pollution of land, water, and marine animals.

Like most of the other products from Microsoft, Dynamics 365 ERP Implementation is undoubtedly one of the most powerful, reliable, and flexible ERP solutions for agribusiness. The system is already used by some of the biggest corporates and global conglomerates including the likes of UPS, Adobe, HP, and others.

However, what makes Dynamics 365 Agriculture software even better is that it doesn’t just fit large businesses, rather it offers great tools and flexibility for smaller business sectors as well including the agribusiness. Interestingly the Dynamics 365 modules are offered separately by Microsoft, which actually enables farmers to choose modules that they require and save money. Microsoft Dynamics 365 modules offered includes;

Oracle NetSuite is yet another top recommendation ERP software for agribusinesses. It is a powerful and trustworthy system that comes packed with features and functionalities required to automate almost all aspects of the agribusiness, along with the flexibility required to integrate personal needs and requirements of individual businesses. Check out our detailed guide on ERP Accounting Software.

SAP Business One ERP solution is specifically designed to meet the needs of smaller businesses. The software includes pretty robust modules and functionalities including financials, sales, analytics, inventory management, CRM, and others to help support efficient management of small businesses.

What is the definition of traditional agriculture in the real world?

Traditional agriculture refers to the age-old proven type of agriculture that is largely practices using manual labor and animals with simple tools. Traditional farming is highly praised for its sustainability and efficient use of natural resources against industrial agricultural practice where mechanized tools and chemicals pose serious damage to crops and the environment.

How does industrialization affect agriculture in the future?

Industrialization of agriculture has resulted in greater food security and better food conservation technology to minimize wastage. However, on the other hand, the industrialization of agriculture has wreaked havoc on the natural resources; depleting the soil of nutrients and destroyed water reservoirs & marine animals. While it is certainly efficient to continue feeding the growing population of the world, it’s inherently unsustainable and brings more damage to the environment. 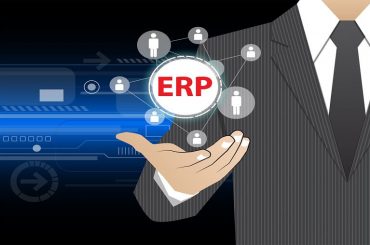 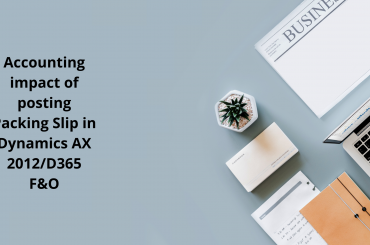 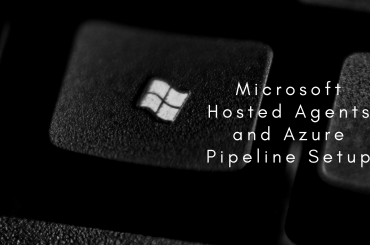 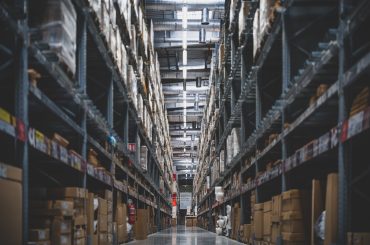